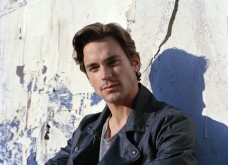 I have always heard that red hair, fair skin and blue eyes were “Scottish” and “Irish” traits, but experience has taught me differently. It is funny how we develop an idea of a people based on a stereo-type and yes, while those traits are more common among Scotch-Irish, they are not always indicative of Scotch-Irish ancestry, but this article isn’t actually about red hair. It’s about the Irish. The more I learn about Ireland, her people and her history, the more fascinated I become. Ireland plays a HUGE role in the making of modern America. So, over the next few blog posts, I’d like to talk about the Irish in early America and about genetics and just whatever else pops up in my little studies.

As of 2018, scientists and historians are beginning to see a different picture of the origins of Irish people than what most of us have been led to believe, or at least, in my neck of the woods. I live in Appalachia. I grew up being told that everybody was Scotch-Irish and I grew up with a notion of what that looked like. My notions weren’t entirely correct. It is true that the people of modern Ireland share a definite genetic link with the people of Scotland and Wales, and to a smaller degree, the English (British) but what sets them apart? Is it their origins? Some tiny trace of an ancient ancestry? What about the people of ancient Ireland, who were they? Where did they come from? What about the deep ancestry of the Irish?

Up until last year, all the research that I had read, said that the Irish were Celts and that they had migrated there from Central Europe way back when (like around 500 years before Christ or something like that). These were the people that the Greeks called Keltoi. But researchers at Trinity University in Dublin and at Queens University have found that there were at least two migrations to Ireland in the past few thousand years. Findings from the analysis of the remains 5,200 year-old Irish woman suggests she was more like modern-day Spaniards and Sardinians, and her DNA indicated that her ancestors came from the Middle East long before that.

Now let’s look at what Irish Origin stories tell us about their history.  One of the oldest pieces of Irish literature, Leabhar Gabhla, says the first people in Ireland were a small dark-skinned people called the Fir Bolg, followed by the Tuatha de Danaan. Then the ancient books tells about Milesians, soldiers from Spain who were said to be the sons of Mil. Recent studies of Spanish and Irish male haplogroups actually seem to bear this out in that the paternal haplogroup R1b finds its highest concentration in Western Ireland and Northern Spain, in particular, Basque Country. So, the Irish share some relation to the Basque. I find that, well, kind of cool. Keep in mind that the sea was the easiest mode of transportation back in those days and some people, like the Basque, were accomplished sailors. The land was covered in forests and mountain ranges were hard to navigate. So, people built their settlements on the coasts and traveled the shores of Europe to get from place to place. Towns were built on the coasts and along the rivers so that it was easier to trade and to travel and people did travel–a lot more than you might think!

Research from last year (2018) leads geneticists to think that the Irish are closely related to the people of Brittany (NW France) and Western Norway. And again, of course, they share most of their DNA to the peoples, of Scotland, Wales and England. But while other parts of Europe have become far more integrated, Ireland’s geographical location has helped keep the Irish gene-pool more constant. The same genes have been passed down for thousands of years now. Ireland has the highest level of R1b male haplogroups, followed by the Basque.

There is no question that there is a link between Ireland and Spain. There are those who believe that Spain and Portugal were once inhabited by Celtiberians (Celtic+Iberian)who spoke a Celtic language that is now extinct. They believe that these extinct Iberian Celts simply traveled the Atlantic seaboard, bringing their culture and language to what is now France and the British Isles. Of course, it’s not been proven, but the link between Irish and Spanish DNA does lend some credibility to the idea.

So, to recap, Spain and Ireland share a prominent male haplogroup, indicating that at some point in the distant past, Spanish men came to Ireland and had offsprings with native Irish women (perhaps they had migrated from Scotland after the last Ice Age). Later came the travelers from Eastern Europe. Then, later the Celts from Central Europe, introducing their DNA into the mix. At some point, there was a Viking invasion, introducing Scandavain ancestry into some parts of Ireland. Then came the English. Today, the Irish share more ancestry with the rest of the British Isles than anywhere else. Spain and Portugal underwent Moorish occupation and have a hefty dose of North-African/Middle Eastern admixture.

So, the next time I hear someone say, “Oh, he/she looks Irish.” I will respond with and “What exactly does that mean?”

In my next post I hope to discuss a brief overview of Irish history prior to the Spanish, French and English invasion of America.