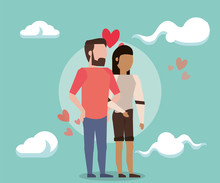 I make no apologies for it. I wish everyone in the world could be so privileged and I’d share it if I could. In fact, I became a teacher with the intention of sharing it, of maybe being that “one” person in the life of a child who makes the difference between privileged and non-privileged. You see, I was born privileged because I was born to parents who loved me, wanted me, believed in me, supported me, encouraged me, guided me and set standards for me. My privilege didn’t come from my skin tone or socio-economic status.

In February 2020, massive flooding wreaked havoc in Eastern Kentucky, submerging entire communities. Most Americans remained oblivious to the devastation. Entire trailer parks were devastated. Uninsured, poor people lost everything and the world never noticed or seemed to care. Some of the most disadvantaged, poorest towns in America looked like the aftermath of a third world disaster, but it was barely noticed in the news.

In the black population, the fatherless rate is about 72 percent. By the way, that’s HUGE! Meanwhile, in Kentucky, one-third of all domestic violence cases occur in Appalachian counties. Kentucky child abuse is the absolute worst in the nation. That’s also HUGE!

However, a child growing up in a loving family, regardless of skin tone or economy, is clearly still at an advantage (one that should never be taken away.) Parents, regardless of color or bank account, who raise their children in a stable, loving atmosphere, who put forth an effort to see that their children do well in school and make it a point to shape the child’s morals, automatically give their child an advantage. This has nothing to do with skin color. It has everything to do with personal character, responsibility and integrity. It has to do with putting the child’s needs ahead of the parent’s wants.

Think of how Chris Gardner (Will Smith plays him in The Pursuit of Happiness.) Chris’s mother told him he could be anything. Chris was born black. He was born poor, but he had one great privilege, a mother who believed in him. Ursula Burns was born black, poor and female—BUT she had a mother who sacrificed to make sure Ursula received an education. And what of Dolly Parton born “poor as dirt,” but her mother encouraged her to sing? And Loretta Lynn whose father’s unconditional love helped form the personal convictions that gave heart to her music? The list goes on. Poverty. Race. Inner city. Poor mountain. Rural America. It all pales in comparison to parents who surround their children with love, faith, guidance, hope and acceptance.

I think if we really want our children to be “privileged” we need to stop thinking of it as a race issue or an economic issue and realize that the best privilege we can give our children is to love them, support them, educate them and give them a moral fabric that will never leave them. That’s not to say we shouldn’t do everything we can to level the playing field for all of America’s kids and it doesn’t guarantee success every time but it does help build inner strength and long-term autonomy. If we really want to fix what’s broken in America, we have to start with what’s broken in Ameri-cans. Broken children become broken adults unless someone intervenes before then.

I remember an old story of a man who cut up a world map and gave it to his son, telling him to go put it back together. The son came back mere seconds later with the homemade puzzle perfectly put together. The father was astounded. “Son, how’d you put the world together so fast?” The boy beamed, “It was easy, Daddy. There’s a kid on the back. I just put the kid together right and that world came out the right way, too.”

How do we put our nation back together? Our world? We put our kids together the right way—instilling character, integrity, kindness, compassion, guidance and acceptance. We have to think beyond ourselves, our wants, our needs and do what’s necessary to ensure that tomorrow’s generation has spiritual roots, empathy, compassion and the moral fortitude to do things that benefit us as a human race.  We do this when we invest our time and energy into the life of a child. The world is made up of people and all people start out as children. If we want privileged people, then we must chose to privilege our kids.

So, yes, I was born privileged and I hope I pass the same “privilege” on to every child in my life.

*In addition to being an artist, an award-winning poet and novelist, Darlene Franklin-Campbell is a veteran teacher of over 20 years with a Master’s Degree in Education. She has completed countless hours in continuing education with a focus on human development, personality theories and cognition. She is an advocate for literacy, the arts and the preservation of cultures and languages.

2 thoughts on “I am Privileged…”